Difference between revisions of "User:Rpeters"

Advanced Format (AF) Hard Disk Drives are used in many pre-built computers and USB drives from about 2011 onwards.. By way of explanation

No action is required by the typical purchaser, because the manufacturer will have taken care of the special formatting required with AF drives. Getting Technical below, provides guidelines for those needing to:

. A new type of partition table called Globally Unique Identifier(GUID) Partition Table (GPT) is required to optimise the performance of AF disks. The partition table previously in common use has no univerwsally agreed name but is given the nomenclature Master Boot Record (MBR), because that was a unique feature of it.

Legacy partitioning tools do not handle GPT. A suitable tool for intermediate users is "parted" or its GUI front-end "gparted". The simplest way to use these is from a bootable utility CD

It is not advisable to delete or alter patitions of type ef01 or ef02, because these have a special purpose in GPT. Other partitions may be re-sized or added, as required. Note that:

A compleat description of GPT is available at:

The full capacity of Drives over 2.1 TB can be utilised only via recent mainboards or add-on SATA controllers

The boot flag in GPT does *not* make a disk bootable from a BIOS mainboard. See the procedures at:

Why does this matter ?

MBR drives can be converted to GPT partition table, without erasing data, subject to some limitations and risks

Drives up to 2.1 TB,manufactured during the transitional period, logically divide each 4kB sector into eight 512 B sectors

The simplest approach is to install additional HDD before any systems are installed or data created. If that is not feasible then any existing files/folders at the intended mount point need to be migrated

Although these are typically a separate hardware item they are not necessarily an additional hardware item, often being combined with an ethernet switch and/or DSL modem

The relative advantages of a separate gateway/router are discussed at

A packaged commercial uint is the most suitable option

A much lower pirced unit is the DLink DIR-615

DIY routers overcome the support limitations of commercial units, although until recently this has been at a cost of:

Most DIY units have been based on superceded PC. Additional hardware will be required:

Wattage for DIY has been somewhat higher than for commerical routers. A suitable objective, using 2010 or later componentry is 25 W. Lower wattage units are addressed under "Strictly for Geeks" below. CPU wattage is a poor indicator because other chips and peripherals consume somewhat more. Suggested basis for low wattage router:

Many Linux and BSD can be configured a gateway-router, but it is generally simpler and more watt efficient to use a specialised firewall/gateway distribution. Better known ones are listed in Linux_Distribution_Recommendations Although BSD based distributions such as Monowall are quite functional, their use would involve an additional learning curve for most people

Software for DIY routers implements similar network zoning to that in commercial routers. An aspect that is different is the colour coding of zones:

DIY routers based on ARM CPU have become viable during 2012.

A computer which fails to start as far as the login screen (or "Safe Mode" in the case of Windows) might have a mal-configured bootloader. Such condition can result following routine software updates. The following CD can sometimes succeed in booting a system which is failing to start from hard disk drive. Success rate varies between the rescue CD, as described below. Some can deal with greater mal-configuration of the installed system(s) than others.

All can boot most operating systems, including Linux, MacOSX and Windows

Try rEFInd for systems manufactured from early 2011 onwards. If it does not start on your computer then try Supergrub 1.98 One of the Grub rescue CD would be required for older computers

Systems that don't boot via the above procedures can often still be recovered, but it gets more technical. As described below. Some prior preparation can increase the success rate of rEFInd on newer computers

In order for this rescue mechanism to work Linux must

GRUB-legacy and GRUB2 have provisions for making bootable GRUB CD (actually ISO images, from which a CD may be burnt)

It is diffcult to create a generic boot CD because GRUB looks for particular hard disk drives, partition numbers, kernal images and initrd images that are specified in its configuration file

The projector in PCUG Training Room is set up for optimal use with the Trainer's PC, that is also provided.

Anyone planning to give a course or presentation using their own laptop computer is strongly advised to work through these guidelines well in advance and ensure that their laptop is working with external displays.

Up to three settings might might neeed to be changed to have a notebook computer display output via its external video connector. The following description is, of necessity, generic because of variations between different hardware and operating systems. Refer to the User's Guide for the notebook, if necessary, for specific guidance regarding the following settings :

Manuals for many models may be downloaded from he following site

Some further notes regarding the projector in the Training Room.

This task is for intermediate/advanced users

ISOhybrids may also be burnt to conventional CD/DVD/Bluray optical media, or written to USB/SD media, as in general/intermediate procedures above

New users of Linux may find that their printer (and scanner) is neither supported nor supportable. Simplest option is to (wisely) purchase a new printer.

All of the following pre-purchase research is strongly recommended

The direct interface to the Linux printing sub-system (CUPS) on your computer is via the URL http://localhost:631

Failure to print, although the driver is installed, can result from unsuitable settings.

That "case" does not anchor the RPi down and dimensions for accuately positioning the plastic supports are not provided. A variation, including critical dimensions is at 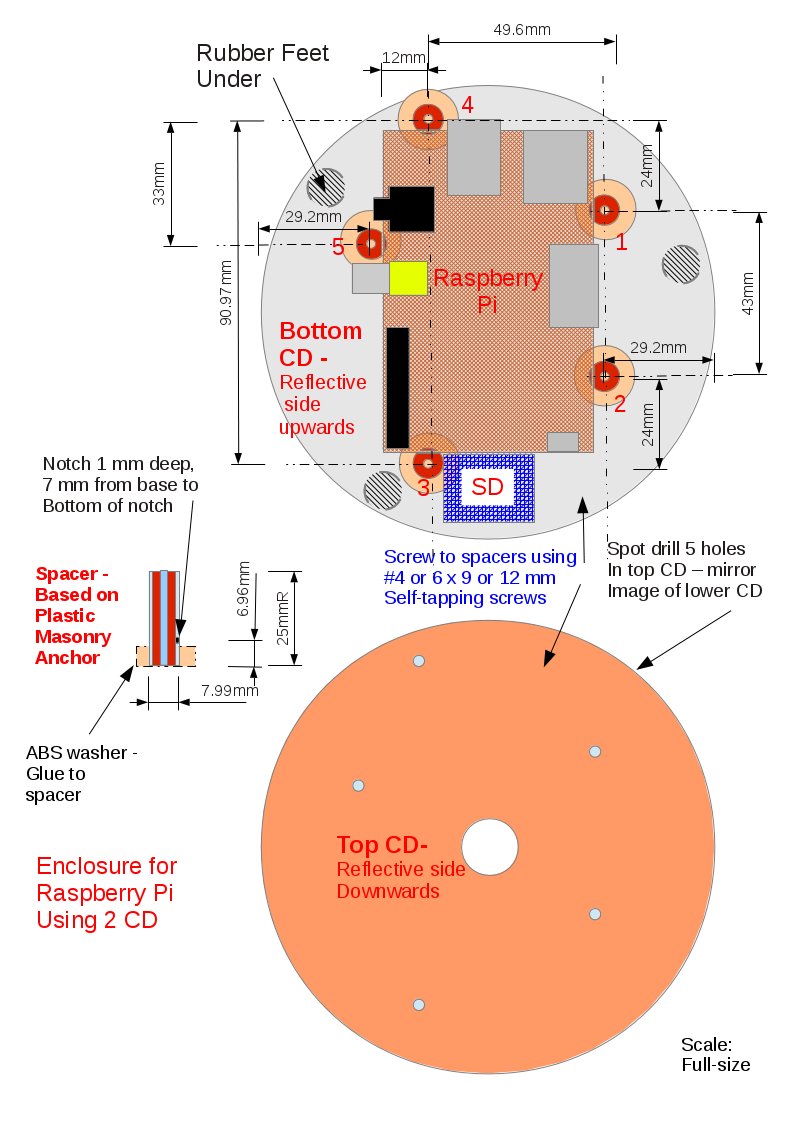 The Arduino is an interface between a controlling PC and stuff you want to control.

A set of links that should get inexperienced users started is below.

Lots of different boards such as https://shop.ruggedcircuits.com/index.php?main_page=product_info&cPath=1&products_id=23

Simon Monk as written everal books toget you started. The code from his books can be downloaded from here http://www.arduinobook.com/downloads