Awarded to Rod Peters at the 2013 AGM, by Treasurer Roger Quarterman, and Secretary Lawrie Brown. 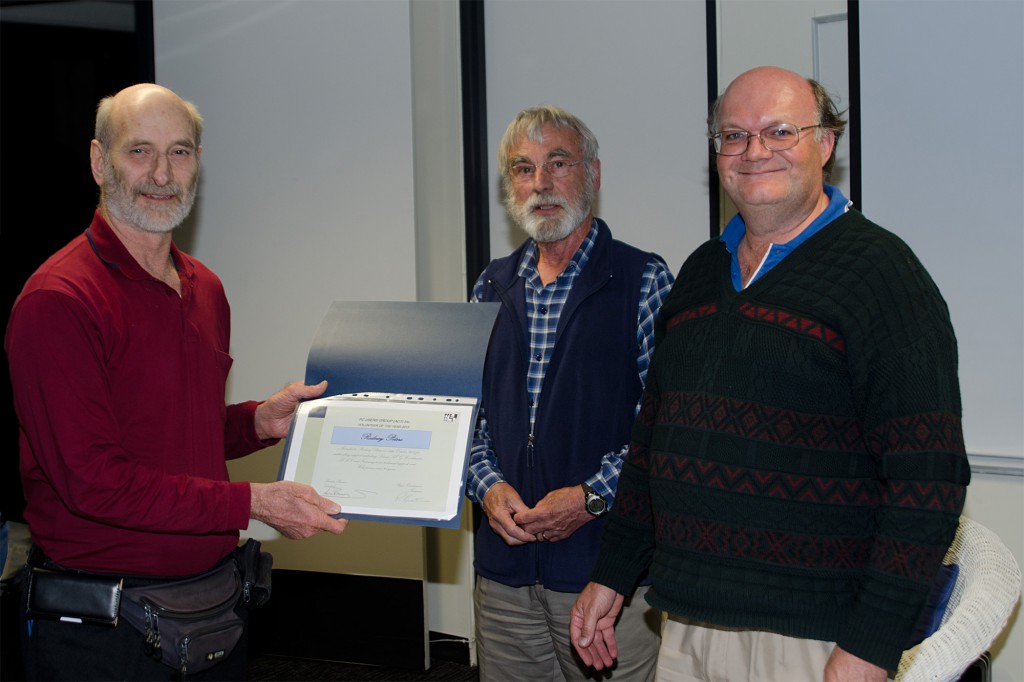 Rod has been a member of the group for 25 years and in that time has contributed significantly to the technical operation of PCUG internal network, equipment and training room facilities, including the ever elusive projector.

Since the move to the Holder premises, he has given many hours, and even days, to getting equipment, firewalls and routers working with minimum support or assistance.

With the start of the Linux SIG in 1999, Rod has been an active participant, becoming co-ordinator in 2003, and to this day, continues to provide guidance and support for members who use Linux.

Rod was an early adopter, and proficient operator of the Wiki for documenting, initially Linux issues, but later, technical support for the office, training room and network.

All in all, we are indebted to Rod Peters for the continued operation of the training room and other facilities, and so it is indeed a pleasure to present Rod Peters with the Volunteer of the Year award.