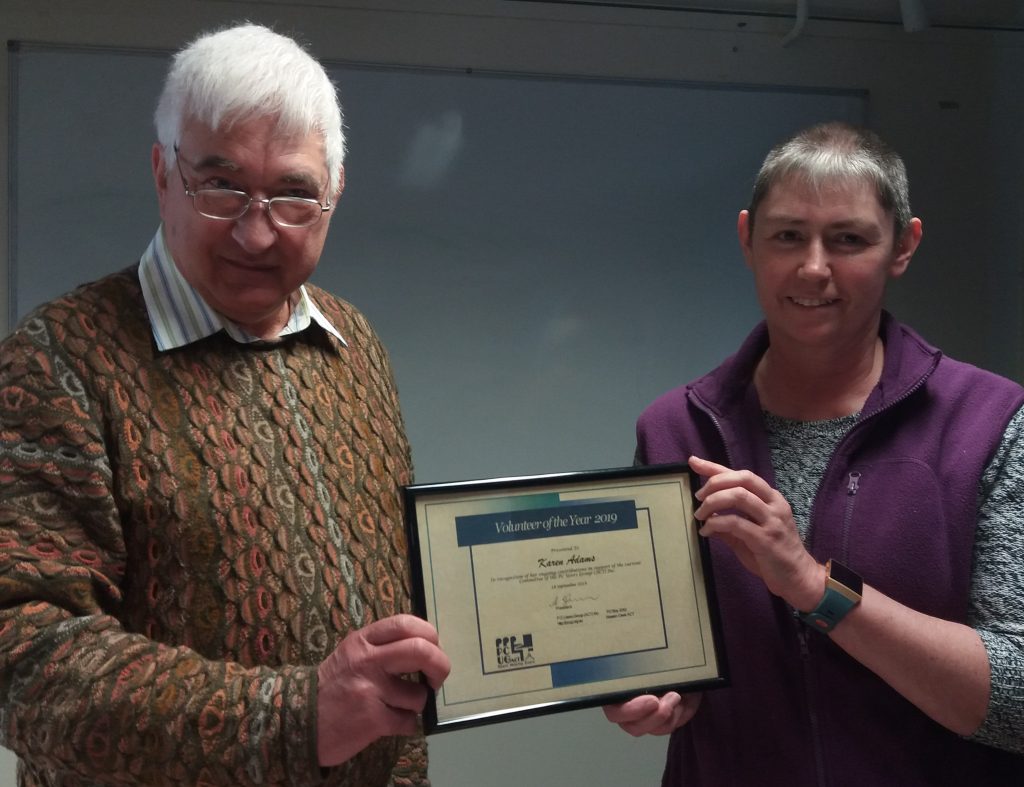 Karen has been a member of PCUG since May 2005. For much of this time she has been prominent among the PCUG, largely due to her employed role as the office manager for the years 2005 to late in 2014. This was while PCUG maintained an office and training room at the Grant Cameron Community Centre in Holder. During that time she established many systems and kept the PCUG administration and financial systems running smoothly. Thus she was the main contact for membership enquiries, all our finances, insurances, communications, booking training, etc. Karen so often gave value to the club substantially in excess of the somewhat modest salary that we offered. In late 2014, PCUG sadly had to cease her employment because we could no longer afford to run the office. She organised an end of year party at the venue at that time before we packed up and left, transferring our training computers across town. After this, Karen has at various times and to a range of levels continued her valuable input. She was also volunteer coordinator for the iSig group after her employment phase with us. Karen also served on the PCUG Committee on and off over several years. As such she also was available to support the committee in our decisions, largely because of the corporate knowledge that she has accumulated and her always positive attitude. In these roles Karen has consistently maintained an efficient and easy friendly involvement with anyone who had contact with the club generating the high regard at which she is held. This personal style learnt through an earlier career in nursing and long background of involvement with other community groups.

The context of this award is not particularly linked to either being an employee or on the Committee, as protocol would typically suggest against this situation. Even though all Committee are volunteers. It is not realistic to associate Karen’s contribution to just one year. Rather it is an inevitable and maybe overdue recognition over her many years.

As with all of us, other aspects and stresses of life will overtake voluntary activities, so that time and energy available to offer goes through changes and this has happened to Karen also. Through all this time Karen has still been most helpful to the club’s ability to remain one that can support the “users helping users” motto.