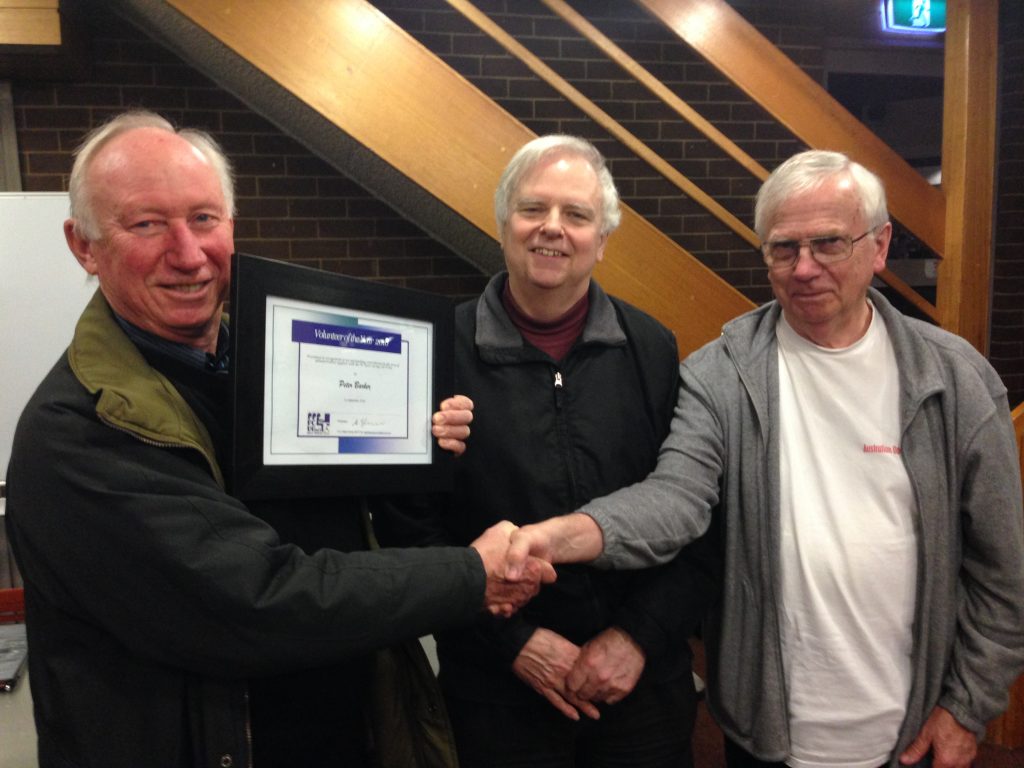 The PCUG Volunteer of the Year for 2016, has been proudly awarded to Peter Barker, presented by Secretary, Bert Blink, and President, Anthony Glenn

Peter Barker has had an interesting history of skills and experiences drawn on in support of PCUG activities.