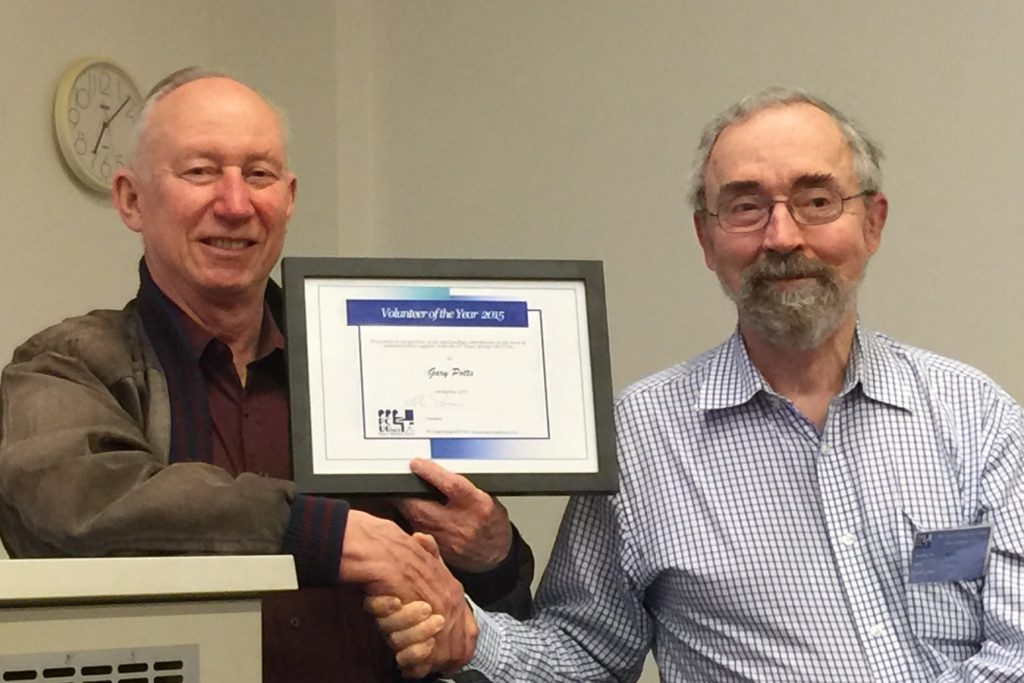 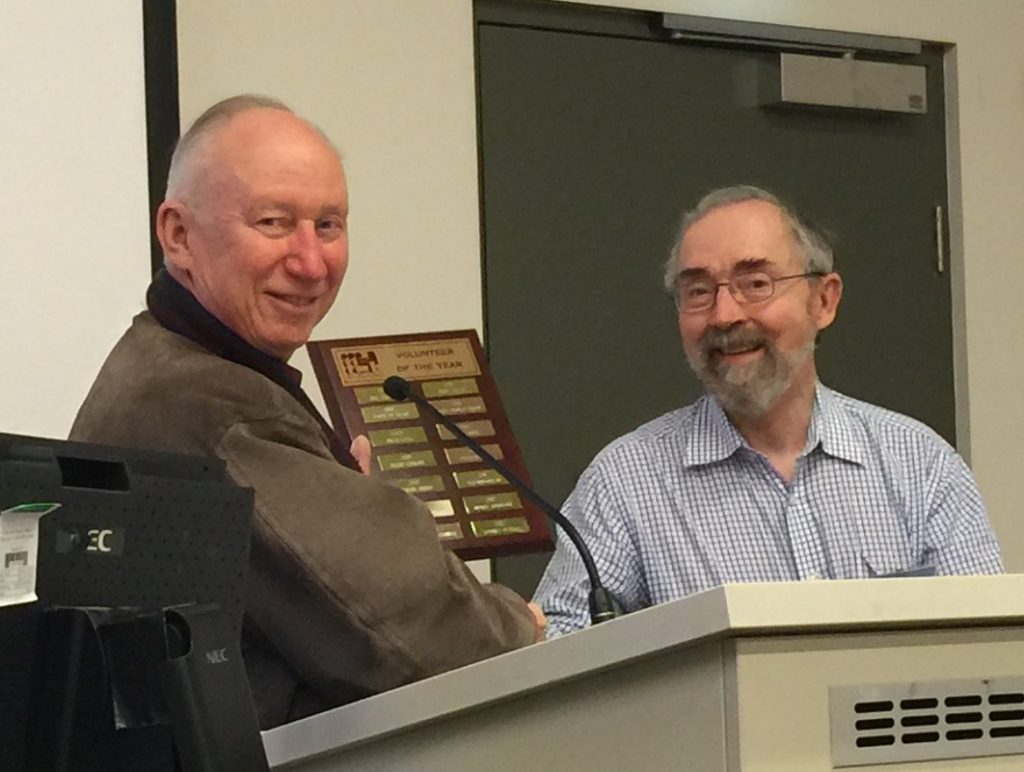 The Volunteer of the Year for 2015 was proudly awarded to Gary Potts by Peter Barker the PCUG AGM in October 2015.